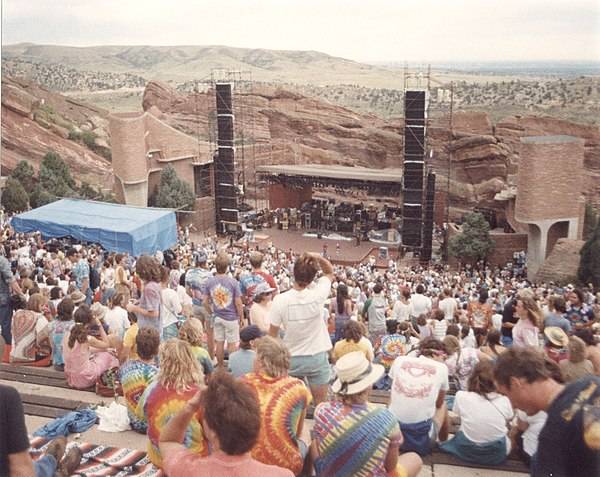 In 1965, San Francisco was the epicenter of counterculture - a home for hippies, Beatniks and psychedelic drug experimentation. Ken Kesey, author of One Flew Over the Cuckoo's Nest, spread the good word about the new & legal hallucinogen, LSD, through his Acid Test parties. It was here that the Grateful Dead got their start as the house band at Kesey's legendary parties.

Playing at these parties were the five original members

Drummer Mickey Hart and lyricist Robert Hunter joined a couple years later in 1967. Various other musicians came and went, but these core members stayed together for the entire thirty-year history of the band, safe for Pigpen who died in 1973.

What's notable about the five founding members is that they all came from a different musical background. Jerry Garcia was a bluegrass banjo player, Pigpen was a blues guy who played the harp and organ, Bob Weir came from folk music, Phil Lesh was a neo-classical composer and Bill Kreutzmann was a jazz drummer. As such, their music pulls inspiration from a lot of genres: folk, bluegrass, country, rock, blues, jazz and gospel. Add the resulting instrumentals to the lyrics of Robert Hunter, and folks, you got the Grateful Dead. 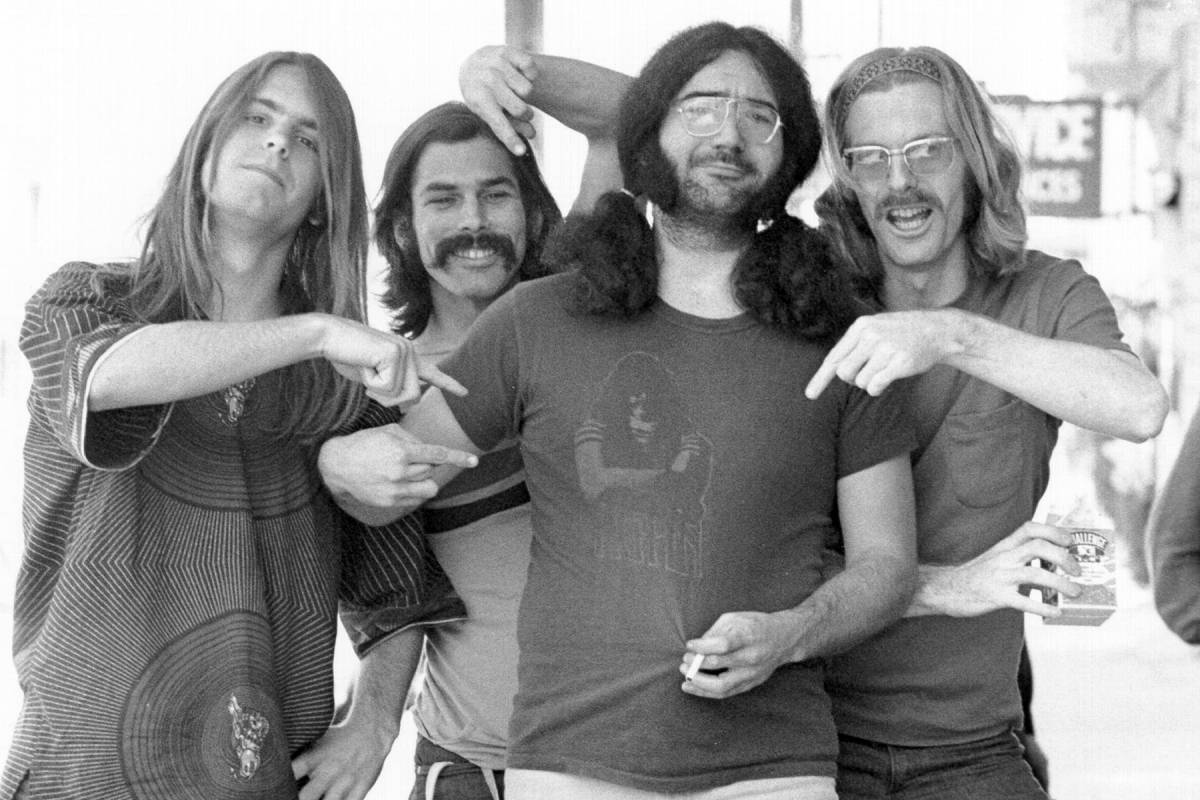 Their studio albums are great, but the real magic of the Grateful Dead is in their live shows. A vibe of freedom and experimentation defined the experience - they basically invented the concept of the jam band. The typical Dead show was around 4 hours long and the only set thing about it was the structure. Fans could expect two distinct sets with a break in between, a space jam and a typically lengthy encore. Everything else was unpredictable - sometimes the band killed it, other times they were awful. Unlike bands today, the Dead never chose a setlist in advance, nor did they ever play the same set twice and would transition organically from one song to the next.

You can't talk about the Grateful Dead without talking about LSD. Since the band's genesis at the Acid Tests, the drug was baked into their DNA. At the shows, the band members played on acid and the whole concert experience was tailored to tripping. They played 4-5 hour long sets so the audience would have enough time to dose, come down and get home safely. The shows were defined by long, spacey jams - an aural feast to someone on LSD. And unlike their contemporaries, the Dead allowed their fans to tape the live shows. The acid made the band see their music as a magic gift from the Universe. They didn't see themselves as typical creators and didn't believe in charging people for sharing the magic.

Waiting for the show to start, Red Rocks Amphitheater, 1987

Take your own long, strange trip & listen to some of their best live shows:

Whilst listening, relax and get into the headspace - pour a glass of wine, light a joint (if legal in your state).. Whatever works for you, just let the music take you and look out for these quirks along the way: 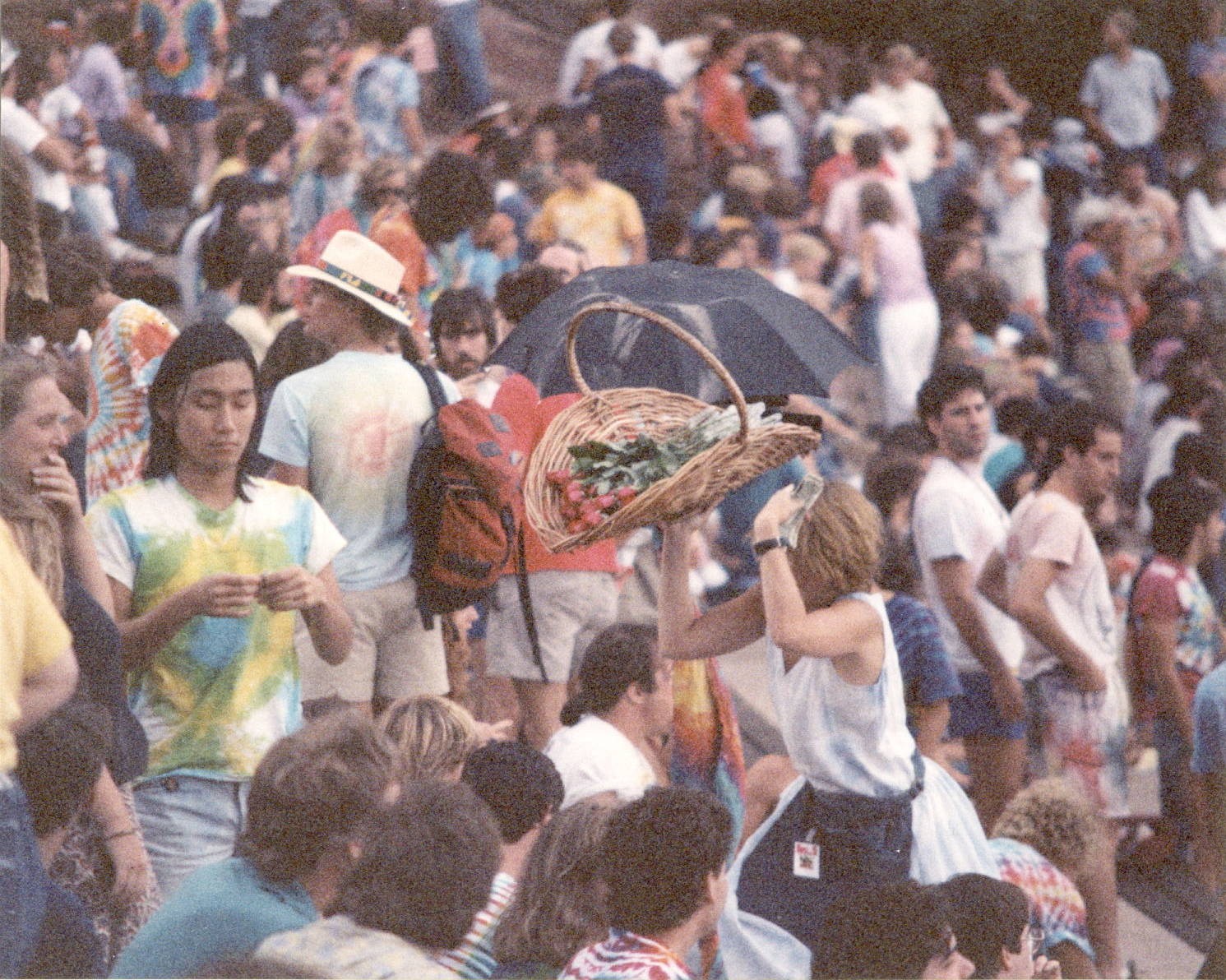 Ode to the Deadheads

The unpredictability of the set-lists meant fans could see them perform three nights in a row and hear different music each night. Grateful Dead fans, i.e. Deadheads, traveled with the band as they toured across the country. Outside every concert venue, Deadheads set up a marketplace called Shakedown Street. As described by one fan:

"The scene was straight out of another time. There was drumming, dancing, dogs and children. Snake handlers, falafel flippers and frankincense vendors. It was a circus with a dark underbelly."

A hippie dreamland to say the least. The purpose of the market was to feed the small city of fans following the band and for some to make enough money to attend the show that night. The huge community of Deadheads are inseparable from the band and their music. As one fan puts it: 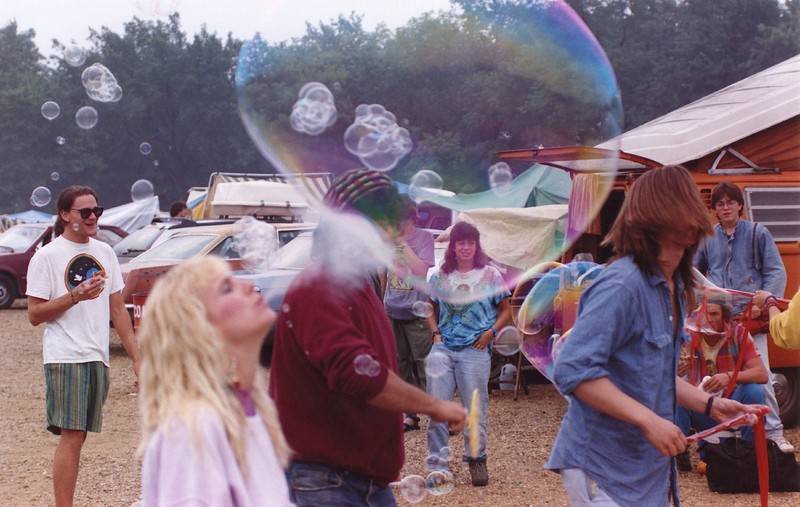 With the death of Jerry Garcia in 1995 the Grateful Dead stopped touring, but that's not to say you can't experience the Dead today: