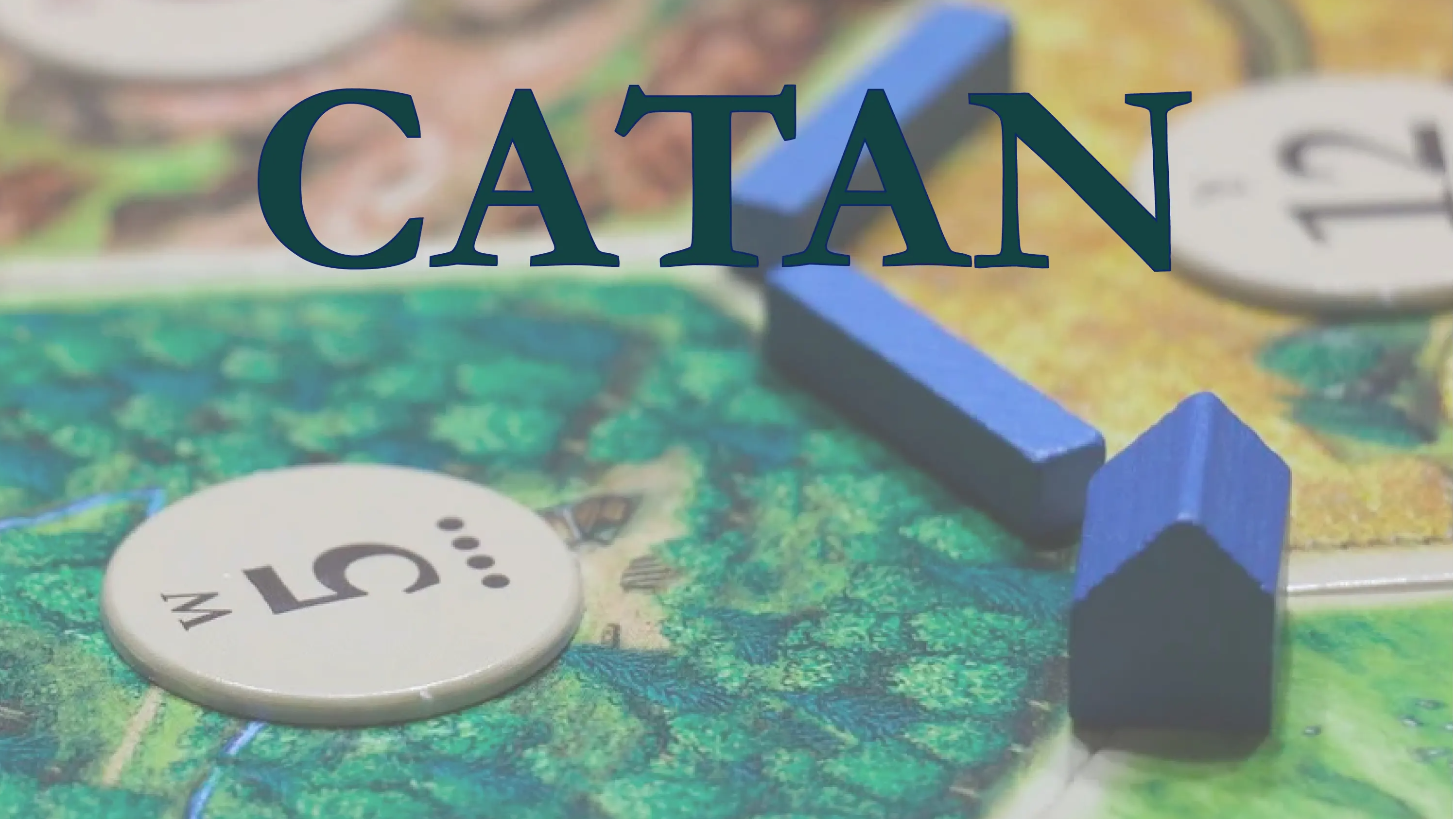 Catan asks players to do three things: trade, build, and settle. If you master these elements, victory is within reach.

From one Catan-lover to another, here are some confidence-boosting strategies that will guide you through your first game and (hopefully!) aid your decision-making as the game progresses.

You can access the rulebook here. If you have your own Catan board, you already have a paper copy of it. If you don’t, you can either play online or pick up the physical game. Hopefully you’ve read through the rules, but if you haven’t, here’s the gist... in both video and written form:

In this phase, you place your first 2 roads and settlements, which become the foundation for the rest of your territory. Anything else that you build must be connected to this initial hub. This is a preliminary step that takes place before regular gameplay begins, but the choices you make here will affect the rest of the game. Here are some factors to consider when placing your settlements and roads.

Look at the number tokens. You’ll notice that each token has a number in the middle and dots underneath. These dots indicate how likely it is for the dice to land on that number. The red numbers (6 and 8) are most likely, and the numbers with only 1 dot (12 and 2) are least likely. 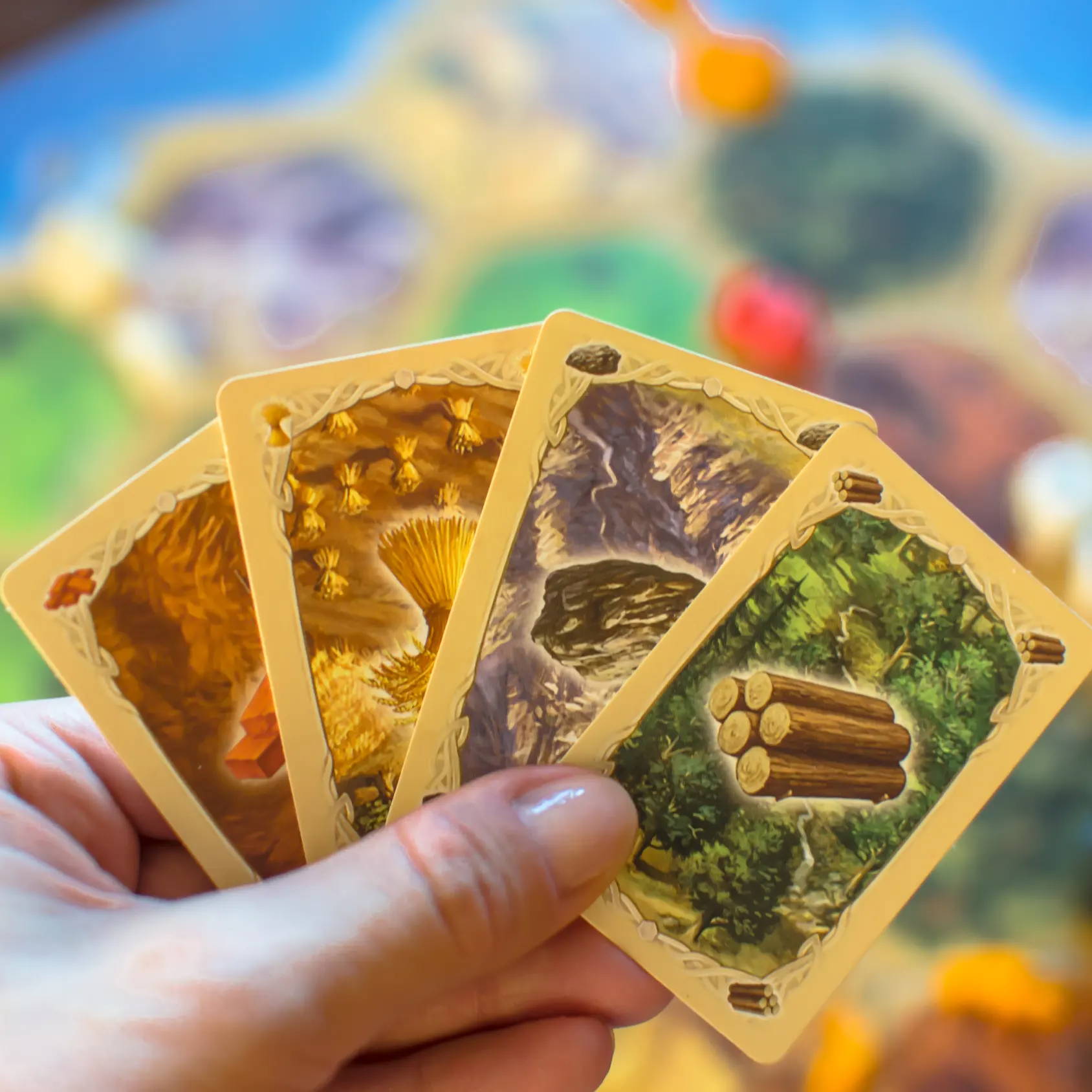 When a 7 is rolled, the robber is activated (remember that gray guy?). This means that whoever rolled gets to move the robber to cover up any number token on the board. That player also gets to steal a card at random from the player whose number is covered. Additionally, when a 7 is rolled, any player with over 7 cards has to give up half to the bank.

Which token should you rob?

Cities earn you victory points and extra resources, so they’re the real cash cows in Catan. You can only build them on top of existing settlements, and once they’re in place, every number token bordering your city earns you 2 resource cards instead of 1.

Where should you build your city? 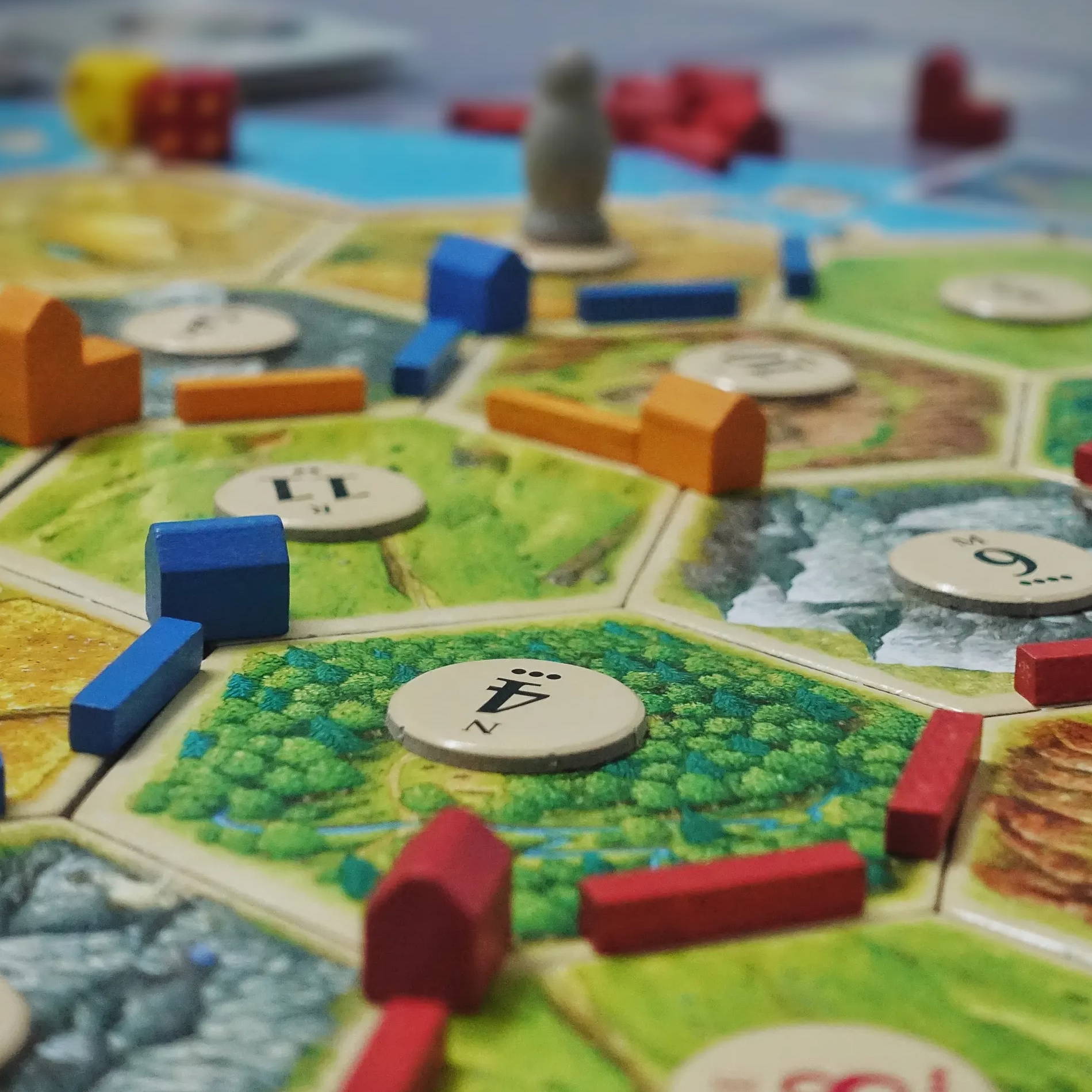 The first player to build 5 consecutive roads earns the Longest Road, and it’s worth 2 victory points–20% of the way to victory. However, those 2 points can be stolen by whoever builds a road at least 1 segment longer. For some players, the ever-elusive Longest Road is the key to victory; for others, it’s their biggest downfall.

Development cards contain different benefits and can be bought with resource cards just like roads, settlements, and cities. You can’t choose exactly which card you’ll get, though. They include Knights, Monopoly, Road Builder, Year of Plenty, and One Free Victory Point.

Buying development cards requires sheep, wheat, and ore. If you have lots of these resources on hand but you're missing the brick and lumber you need to buy roads or settlements, spend them on development cards! In Catan, it's usually better to do something rather than nothing. Keep your cards hidden from the other players. They are most effective when your opponents don’t see them coming. 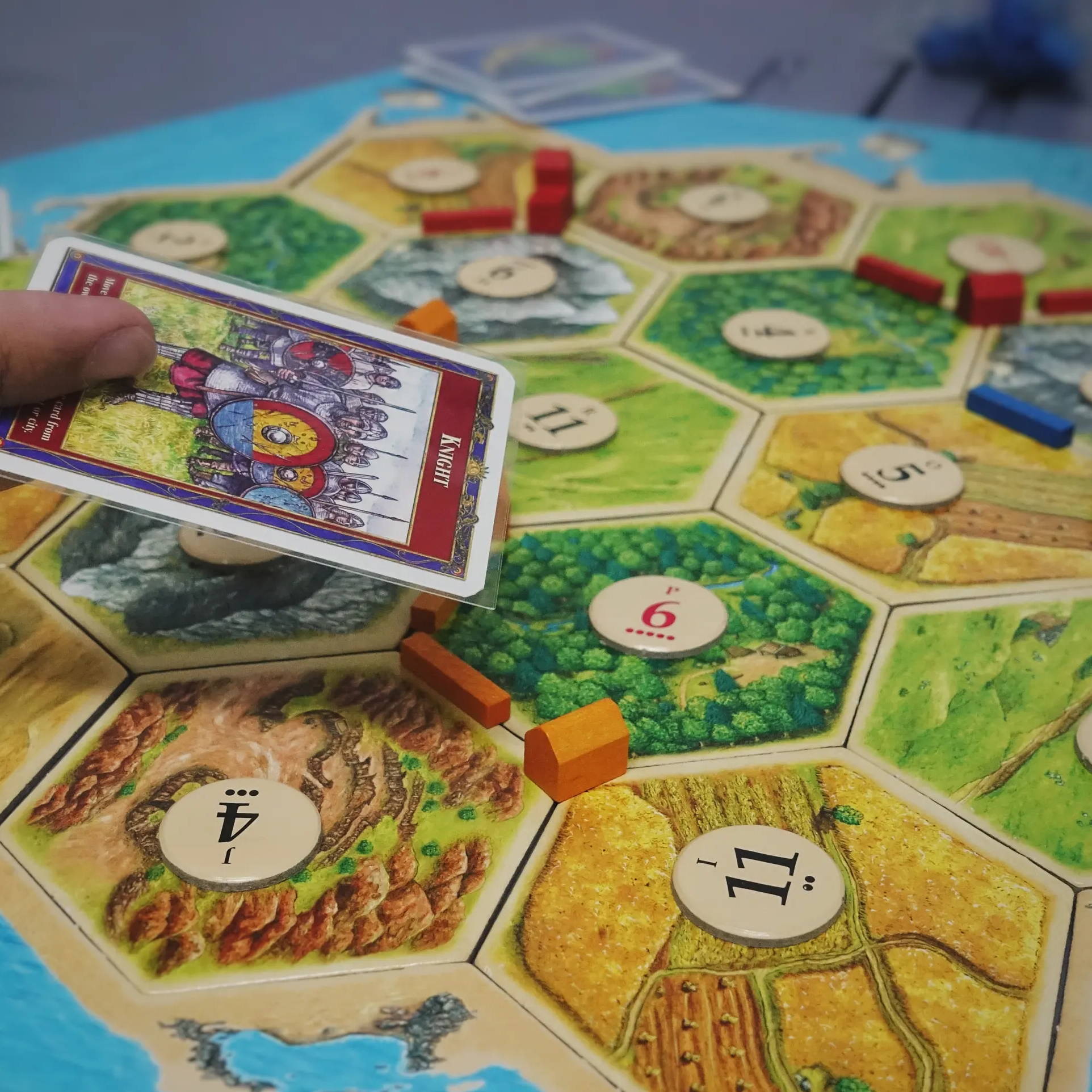 Catan is designed to be played with three or four people. If you have more friends than that, team up and play with three teams of two!

In most games, there is an abundance of sheep. If you fall victim to this plight, try building on a sheep harbor and trading in your sheep for something more desirable. Even without a harbor, you can trade 4 of 1 resource for 1 of any resource with the bank whenever you want. It’s a steep interest rate, but it’s reliable.

Keep track of others’ resources when deciding who to trade with. As the game progresses and players get closer to winning, notice who’s in the lead and proceed with caution. You don’t want to be the person who trades away the one resource someone needed to declare victory over you.

Catan can get cutthroat. If you catch yourself wanting to actually cut a throat, don’t. Remember it’s a board game and friends are more important than that tenth victory point.

Play Catan online. You can immerse yourself in digital Catan by playing through your browser or downloading Steam, a gaming app. Play against AI bots or other Catan lovers. There is a limited, free version of the game available, though purchasing the digital game is still less expensive than the physical version.

Lovers of Catan exist far and wide and they love to talk about how much they love Catan.

Cities → Cities are built on existing settlements and they earn double as many resources as settlements. Each city is worth 2 victory points.

Development cards → Cards you can purchase with resources that offer different benefits to players.

Harbors → Opportunities for maritime trade along the coast. Each one has a different ratio and corresponding resource. Harbors can be used by anyone who builds a settlement on one of their access points.

Knight → A development card that activates the robber.

Resources → Wheat, ore, lumber, sheep, and brick. These serve as money in Catan and they allow you to build your territory and trade with other players.

Roads → The pieces that connect your territory. There must be at least 2 roads between any 2 of your settlements and cities.

Robber → The piece used to cover number tokens, preventing that hex from producing resources. The robber is activated when a 7 is rolled and when a knight is played.

Settlements → The pieces that allow you to earn resources. Build them on intersections of terrain hexes. Each settlement is worth 1 victory point.

Terrain Hexes → Term for the hexagons that make up the board. Each hex represents a different type of terrain that produces 1 of the above resources.